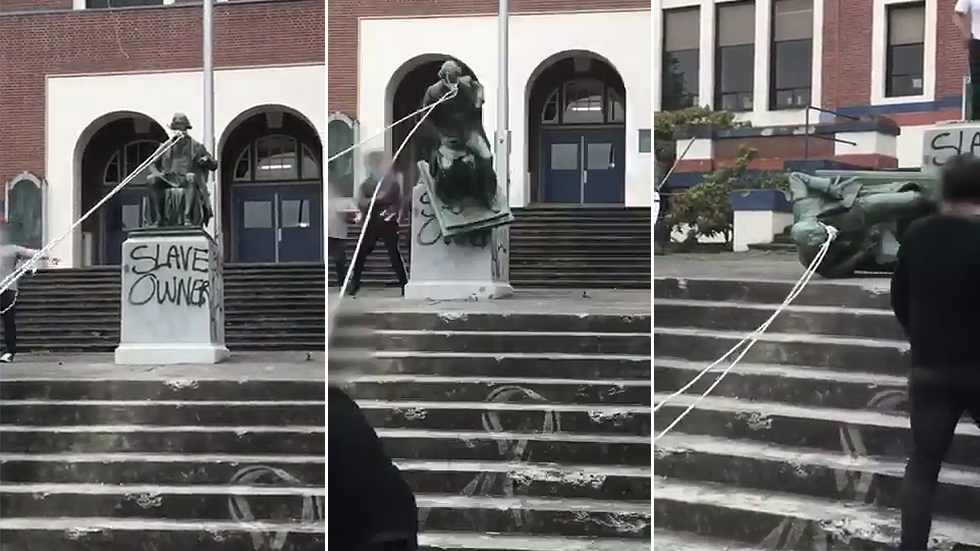 A group of demonstrators in Portland has torn down a statue of Thomas Jefferson in front of a school bearing his name, fanning the flames of a growing cultural divide in the US as activists target landmarks deemed racist.

Around 1,000 people gathered at Jefferson High School in Portland, Oregon on Sunday to listen to speeches before setting off on a Black Lives Matter march across the city. Later in the evening, a crowd reconvened at the school and set their sights on a statue of the third US president and principal author of the Declaration of Independence. Two ropes were tied around the statue’s neck as the group labored to pull Jefferson off his pedestal – which had already been defaced with graffiti reading “slave owner.”