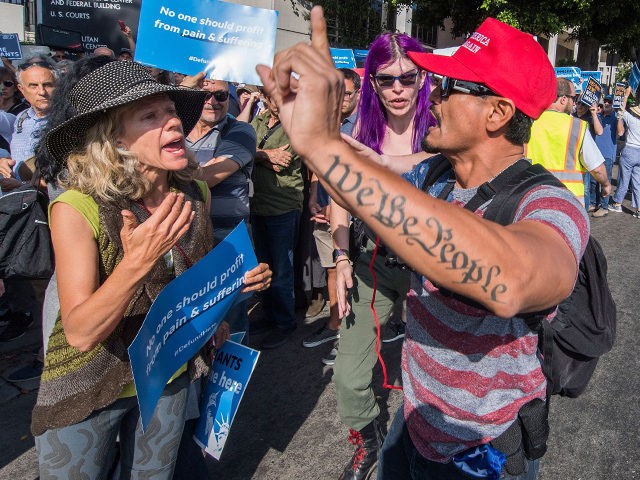 One in three voters believes that the United States is could face another civil war soon, as unrest rages across the country over issues of race, policing, and the upcoming presidential election.

A Rasmussen Reports poll released Monday reveals that 34 percent of likely U.S. voters think the United States will experience a second civil war sometime in the next five years, but that includes only nine percent who say it is “very likely.”

“This compares to 31 percent and 11 percent respectively two years ago,” Rasmussen reported.

When divided by party, 40 percent of Republicans said a second civil war was “on the horizon,” while 28 percent of Democrats said the same. Among voters not affiliated with either party, 38 percent see the possibility of a civil war.