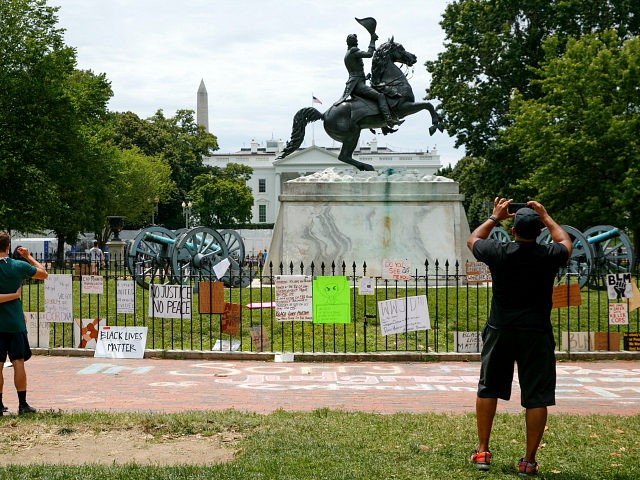 President Donald Trump on Tuesday vowed that he would never allow leftists to set up an autonomous zone in Washington, DC.

“There will never be an ‘Autonomous Zone’ in Washington, D.C., as long as I’m your President,” Trump wrote on Twitter. “If they try they will be met with serious force!”

The president commented after rioters tried to tear down a statue of Andrew Jackson in Lafayette Park across from the White House and set up a zone free of police. St. John’s Church was also vandalized with spray paint with the letters BHAZ (Black House Autonomous Zone).

Park Police moved in with riot gear and pepper spray in a display of force that forced back the crowd. D.C. Metro police also assisted forcing the rioters out of the park.