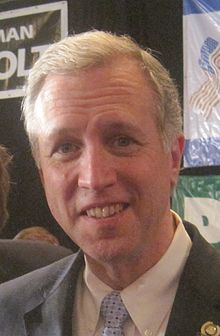 John Wisniewski served in the New Jersey State Assembly from 1996-2018. He was a Democratic Party candidate for governor in 2017 and led the investigation into the Bridgegate scandal in which aides to then Governor Chris Christie closed several lanes of the George Washington Bridge in Fort Lee, NJ in retaliation for the mayor’s refusal to endorse the governor for reelection.

He completely disagrees with The Supreme Court’s recent Bridgegate ruling could be the opening to overturn former Trump aide Michael Flynn’s corruption case and, in the view of the man who led the Bridgegate investigation, open the door for more legalized corruption.

“What the Bridgegate ruling makes clear is that anti-corruption laws no longer function,” says former NJ State Assemblyman and attorney John Wisniewski .”In short it says corruption is not corruption if nothing material is exchanged in return.” Which is exactly the legal rationale used to clear Senator Menendez of corruption charges. What’s good for the red elephant isn’t always good for the blue donkey.

Lawyers for the president are already talking about how the Bridgegate ruling can and should exonerate Flynn. Wisniewski believes that conservative and liberal leaning justices appear united in the belief that the courts should no longer be in the business of holding government officials to account for violating the public trust.