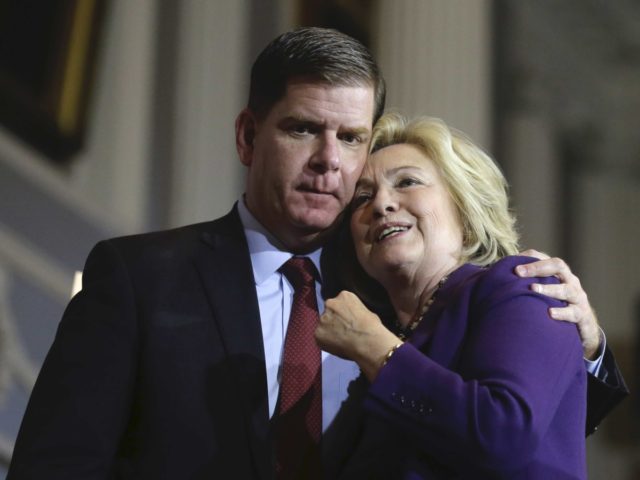 Boston Mayor Marty Walsh (D) has come out in favor of removing a statue of Abraham Lincoln that has stood in the city for more than a century — but is opposed to renaming Faneuil Hall, which is named for a slave owner and is on the site of a slave market.

As Breitbart News has reported, left-wing activists are trying to have a statue of Abraham Lincoln removed from Park Square after nearly 150 years because they find the depiction of an emancipated slave in the sculpture to be offensive.

The statue has stood there since 1879 and is a replica of an original statue built with funds contributed by freed slaves.

Mayor Walsh’s office told the Boston Globe last week that he favors removing the Lincoln statue and replacing it with “one that recognizes equality.”