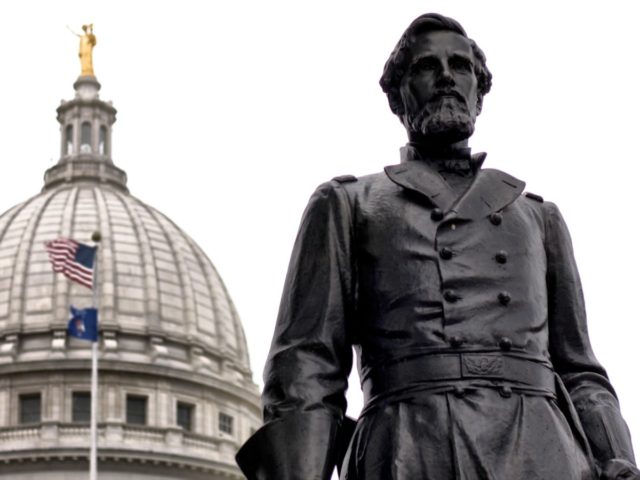 Protesters from the Black Lives Matter movement vandalized and toppled a statue Tuesday night in Madison, Wisconsin, of Col. Hans Christian Heg, an immigrant from Norway who died fighting for the Union against slavery.

Protesters pulled down the Forward statue that normally stands outside the State Capitol and left it lying in the middle of the road.

The same group also tore down the Col. Hans Christian Heg statue a short time later. The group then went on to throw the statue into Lake Monona. Heg fought for the Union during the Civil War and was a stark opponent of slavery during that time.

Tweets of the destruction showed Heg’s pedestal vandalized with the words “BLACK IS BEAUTIFUL” scrawled across it.