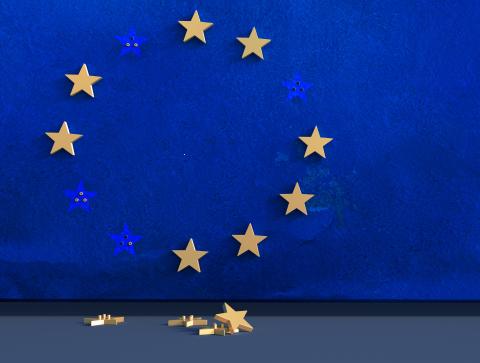 The eurozone economy is expected to collapse in 2020. In countries such as Spain and Italy, the decline, more than 9 percent, will likely be much larger than in emerging market economies. However, the key is to understand how and when the eurozone economies will recover.

There are three reasons why we should be concerned:

1. The eurozone was already in a severe slowdown in 2019. Despite massive fiscal and monetary stimulus, negative rates, and the European Central Bank’s (ECB) balance sheet above 40 percent of GDP, France and Italy showed stagnation in the fourth quarter and Germany narrowly escaped recession. The eurozone weakness had already started in 2017, and disappointing economic figures continued throughout the next years. Many governments blamed the weakness on Brexit and trade war, but it was significantly more structural. The eurozone abandoned all structural reforms in 2014, when the ECB started its quantitative easing program (QE) and expanded its balance sheet to record levels.