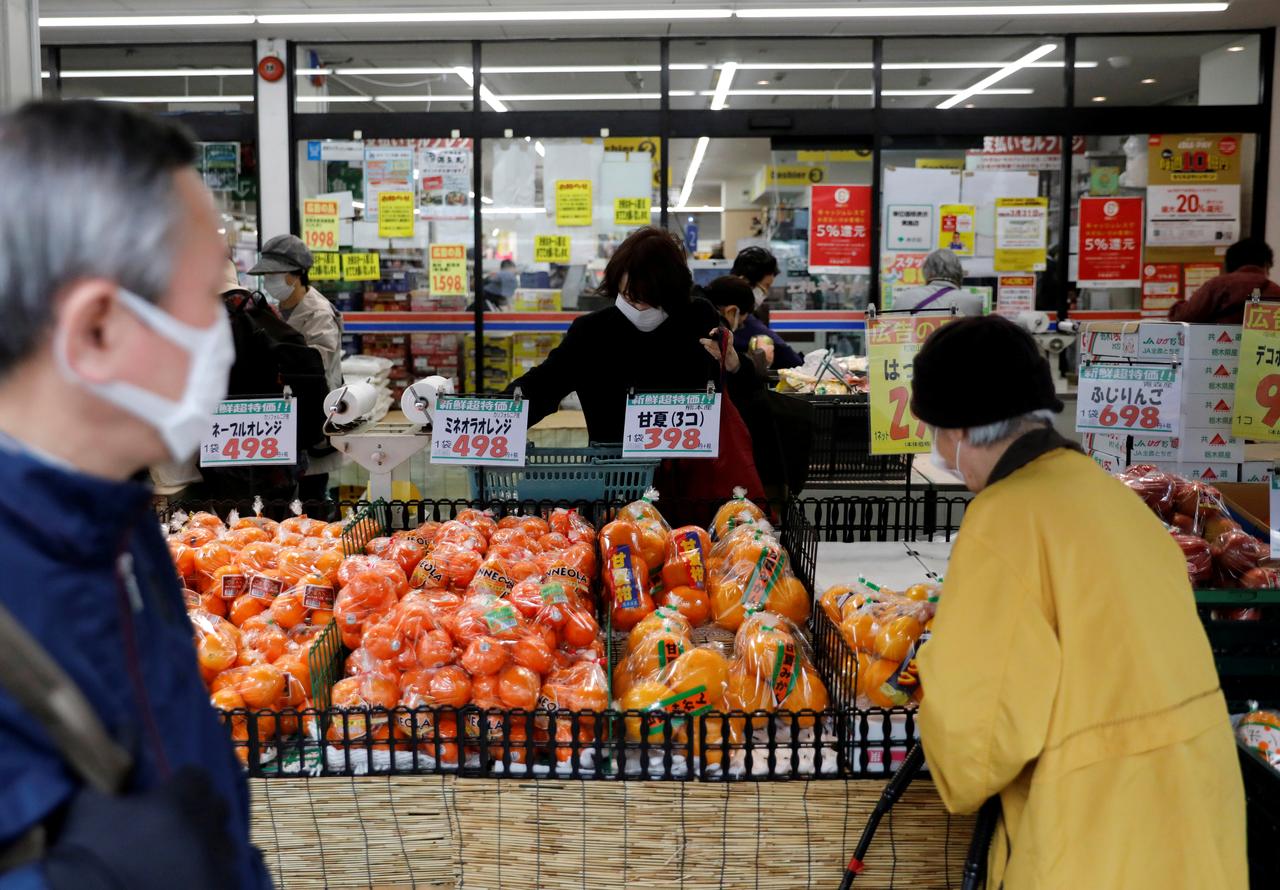 TOKYO (Reuters) – Japan’s household spending plunged in March and service-sector activity shrank at a record pace in April, reinforcing expectations that the coronavirus pandemic is tipping the world’s third-largest economy into deep recession.

Overtime pay – a barometer of strength in corporate activity – also plunged at a record pace in March, data showed, a sign companies were hit by shrinking business even before the government announced a state of emergency in early April.

The weak readings make it a near certainty the economy suffered a second straight quarter of contraction in January-March, the technical definition of a recession, and was on track for a deeper decline in the current quarter as the health crisis kept shoppers home and businesses closed.