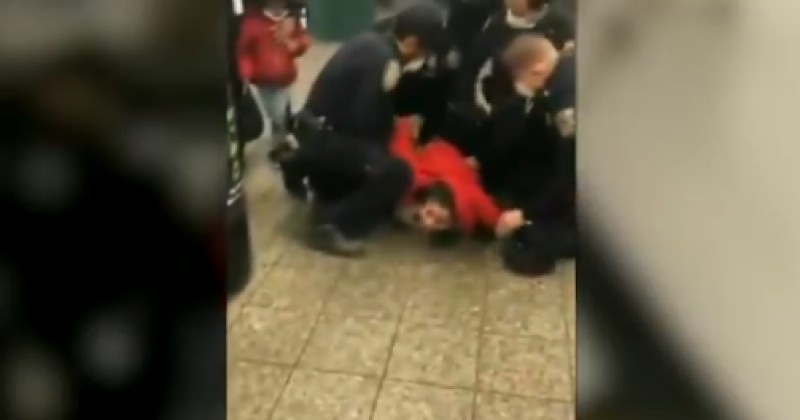 A woman was dragged to the floor and handcuffed by police at a subway station in Brooklyn during an altercation over her “not fully wearing” her face mask.

“Mom placed in handcuffs after altercation with #NYPD & #MTA over not fully wearing her mask in #Brooklyn #NYCSubway station. Police say woman wouldn’t listen, but wasn’t arrested and charged, rather taken out of station,” tweeted reporter Dean Meminger.

[…] The video clip shows the woman, who was with her child, having an argument with NYPD officers as they follow her up the stairs.

She appears to briefly lash out before immediately being dragged to the ground and handcuffed. The woman was charged with resisting arrest and disorderly conduct.