She then proceeded to yell at a group of teens.

[Ed. Note: What in the unholy f*ck is wrong with these insane morons? They let actual criminals out of jail to keep them safe from a hoax pandemic, then they plan to refill those same jail cells with completely innocent people who won’t stay in their house for no reason… HOW IN THE HELL DOES SOMEONE THIS GAWDDAMN STUPID GET ELECTED? Honestly, what is going on here? Every politician who supports these lockdowns, at the federal, state, and civic levels needs to be sent packing in the next election they face. Honestly, at this point, “_______ supported lockdown” needs to turn every single American into a single-issue voter. Send these clowns packing.] 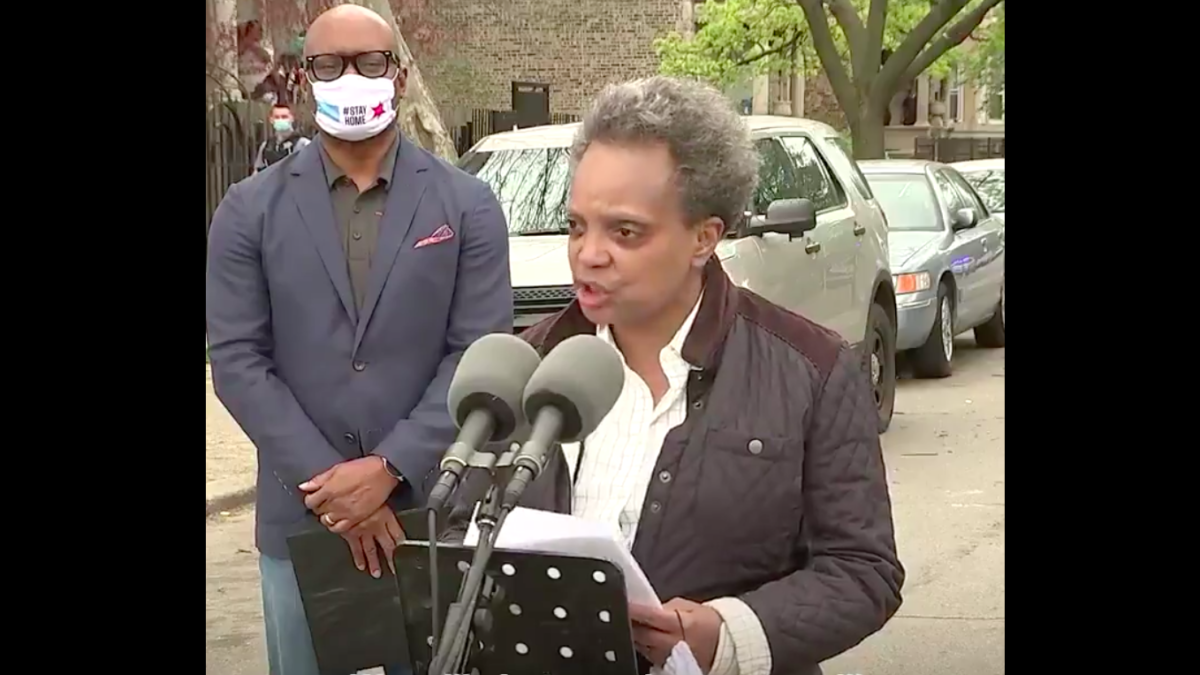 Following reports of half a dozen parties being held around the Chicago area this weekend, Mayor Lori Lightfoot issued a sinister warning to stay-at-home violators: “We will take you to jail, period.”

She then proceeded to yell at a small group of teens who were hanging out in a parking lot across the street. It was a moment that brilliantly captured the collapse of common sense among government officials trying to enforce an extreme and increasingly unreasonable form of social distancing.

Lightfoot’s press conference on Saturday addressed the news that Chicago police had broken up several social events with more than 50 people in attendance on Friday. The authorities had learned that more parties were expected to take place on Saturday and Sunday.