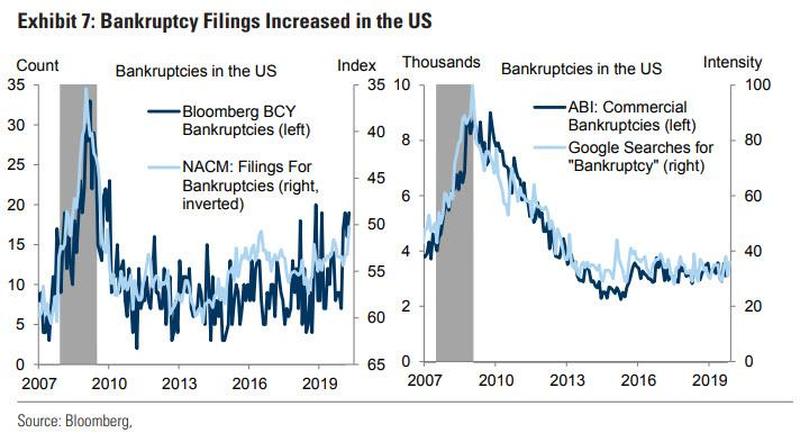 One of the silver linings of the coronacrisis to date is that despite the unprecedented collapse in the broader economy and the 30 or so million unemployed, the pace of bankruptcy filings has been relatively steady compared to the pre-covid levels, as the following Goldman chart shows.

Unfortunately the relative calm is not meant to last, because as we observed last month, Moody’s recently expanded its “B3 Negative and lower list” which soared to its highest tally ever — 311 companies. That tops a former peak of 291 companies, reached during the credit crisis of 2009 and the commodity-related downturn in April 2016. At 20.7% of the total rated spec-grade population, the list also shot up above its long-term average of 14.8%, and closing in on its all-time high of 26.1%. This spike is the result of the confluence of a coronavirus outbreak, plunging oil prices, and mounting recessionary conditions, which created severe and extensive credit shocks across many sectors, regions and markets, the effects of which are unprecedented.