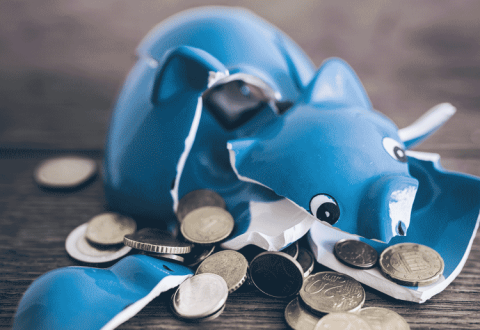 April 20, 2020, has become a fateful day in the history of the oil industry, with prices plunging to a –$37 per barrel. Although this was an aberration due to the global downturn amid the COVID-19 pandemic and in the following days the prices “recovered” to $10 per barrel, it’s clear that the old days of the oil bonanza (when corrupt governments could count on prices of up to $100 per barrel to finance their regimes), are gone for good. In the coming years, the corporations that survive in the oil business will be those with modern equipment, good administration, and a strong culture of innovation. Mexico’s PEMEX lacks all three.

Petróleos Mexicanos (Mexican Petroleum, or PEMEX), an oil company wholly owned by the Mexican government since 1939, has become a nationwide symbol of corruption and is one of the most indebted and inefficient in the entire world. Despite the supposed government efforts to rescue the company, PEMEX’s debt doubled last year, skyrocketing from $9.575 billion in 2018 to $18.367 billion in 2019—and then to nearly $22 billion in the first quarter of 2020. It’s a dead man walking, with infrastructure so outdated that in February 2020 their output of gasoline fell by 24 percent, the production of diesel fell 36 percent, and its oil exports plummeted 32 percent.