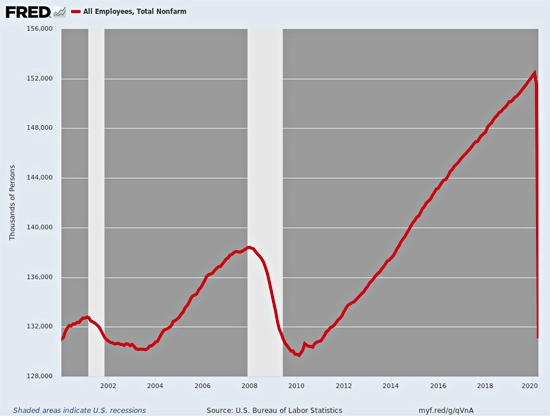 We are referring, of course, to all of the jobs created not only since the Great Recession bottom, but during the entire 21st century to date!

In fact, the 131.072 million nonfarm payroll jobs reported for April 2020 were actually below the 131.124 million jobs reported way back in February 2000 when Bill Clinton was still scurrying around the White House looking for some place to hide the blue dress.