How the US is going to see Great Depression Unemployment in Record Time. 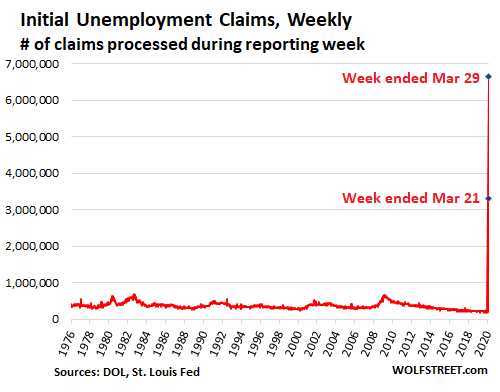 The unemployment report today was widely acknowledged as being incorrect even by the mainstream media when “only” 700,000 jobs were reported lost last month. We already have data that approximately 10 million people have filed for unemployment benefits in the last couple of weeks. This upcoming recession, the Novel Recession, is largely one that is being brought on by a global shutdown to prevent the spread of the COVID-19 outbreak. Yet the speed in which this recession is coming just goes to show how fragile our economy really was and how many Americans were already living on the financial edge.