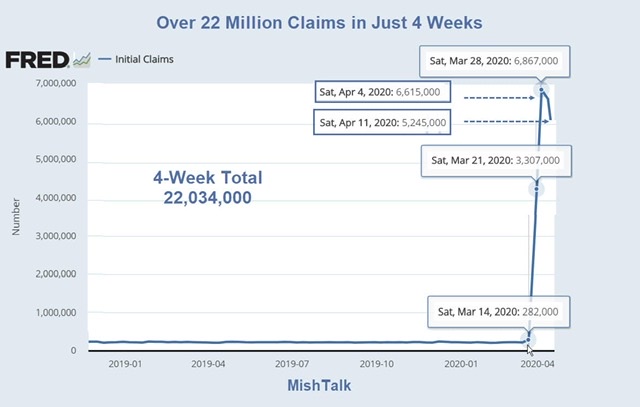 For many years we have talked about how many Americans were living paycheck to paycheck. One troubling statistic that came to mind, even before the COVID19 outbreak, was that half of Americans were one paycheck away from financial disaster. What the COVID19 outbreak has shown is how frail the economic situation was for many Americans and how disconnected Wall Street was from the lives of millions of Americans. Even in the last two weeks, the stock market has rallied in the face of 22 million people filing for unemployment in a span of one month. This is an insane number and never in our history have we seen so much economic carnage in such a short period of time. But the reality is, the entire system has shut down and people now need to start thinking what the next phase of all of this is.