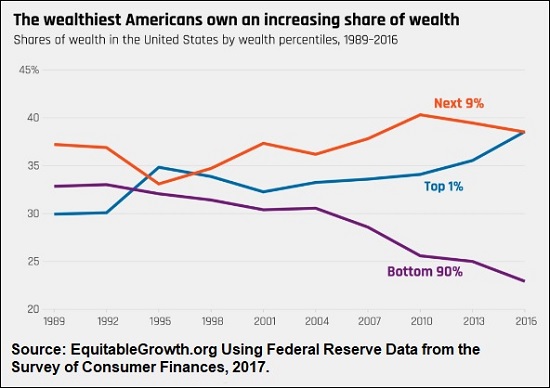 (This article has been updated from one that originally ran in 2012. Please consider emailing it to friends and family members who have given up hope on their ability to create change in America.)

[…] The late 1920s and the early 2000s had two things in common. There was an unprecedented level of wealth and income inequality in the United States and there was no federal legislation to prevent giant Wall Street trading houses from owning deposit-taking banks filled with the savings of moms and pops across America. In both eras, those Wall Street trading houses used bank deposits to make wild bets in risky markets and pay themselves obscene amounts of money.

The 1920s wild west on Wall Street ended in a staggering stock market crash from 1929 to 1932 that rendered thousands of banks insolvent and shut down. At that time, there was no federal insurance on bank deposits so millions of Americans lost all of their savings or received only pennies on the dollar.