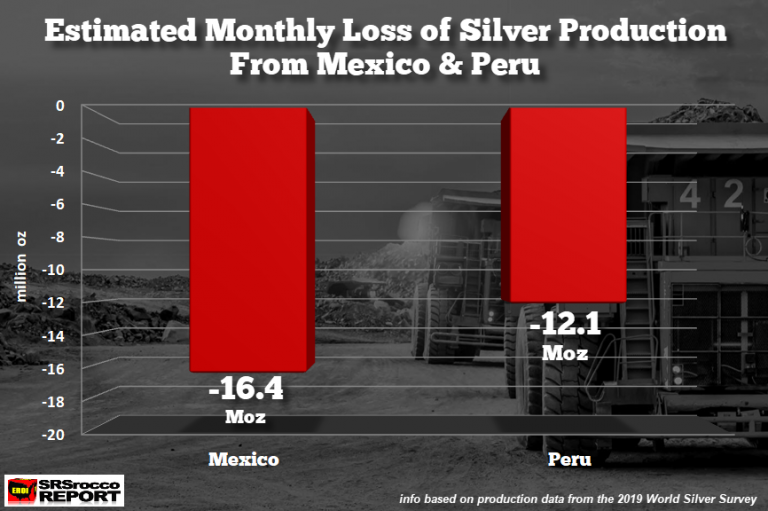 Now that the Peruvian Government announced an extension of the country’s state of emergency until April 26th, the world’s first and second-largest silver producers have taken 40% of global silver mine supply offline for a month. Actually, Peru first announced its national quarantine on March 15th. So, the country’s mines will be shut down for more than a month when the state of emergency is projected to end on April 26th. But, will it?

According to the Reuters article, Peru’s Vizcarra extends state of emergency to April 26th; the country will remain on lockdown for an additional two weeks: