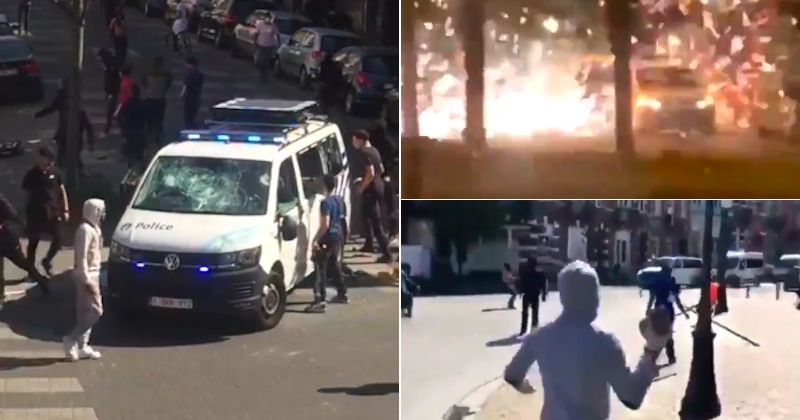 Police in Germany, France, and Belgium were under siege during the weekend, as mobs of migrants and gangs attacked them in the streets despite coronavirus lockdowns in effect in each country.

In the Anderlecht neighborhood of Brussels, at least 57 people were arrested after violent riots in response to the death of a 19-year-old who reportedly crashed his scooter while being chased after fleeing a police checkpoint.

“Images of the protest show police officers driving a group of young people back, after which they run away,” Bruzz reports. “A police helicopter was also used to monitor the neighborhood. However, this could not prevent the situation from getting very out of hand: young people threw stones at the police and destroyed empty police vehicles.”