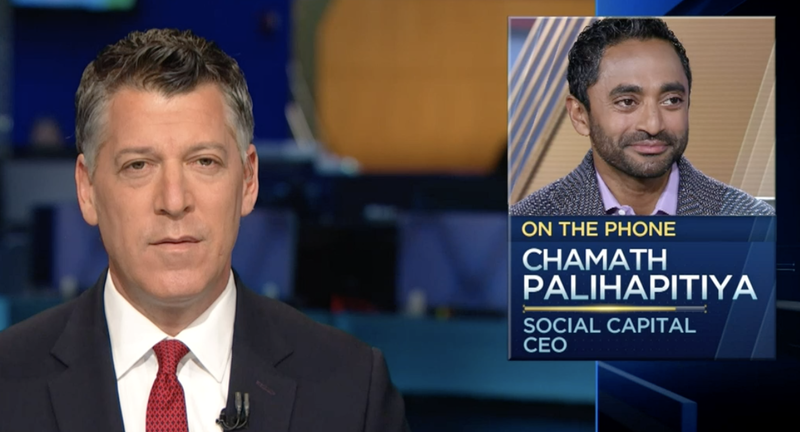 With millions of Americans sitting at home working on their laptops, the passive viewership of cable news channels like CNBC must be waaaay up this month, as finance nerds welcome normies to the strange and often hilarious world of live markets news.

In terms of drama, CNBC is usually pretty staid. But every once in a while, there’s a fight, or a contentious interview, that really grabs people’s attention. On Thursday, such a confrontation occurred during “the Halftime Report” as Scott “The Judge” Wapner interviewed early Facebook investor and uber-wealthy VC investor Chamath Palihapitiya.

Wapner brought up the question of the bailouts for main street and corporate America that the Trump Administration has packaged as part of its $2.2 trillion plan. Palihapitiya raised an issue with the program, arguing that the administration would be using taxpayer money to prop up “zombie companies.”