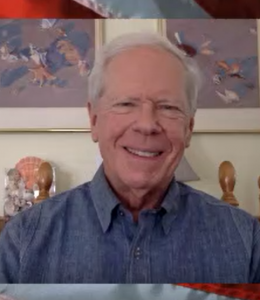 In October of 2019, former Assistant Treasury Secretary (in the Reagan Administration) Dr. Paul Craig Roberts predicted on USAWatchdog.com that “The oligarchs of the New World Order (NWO) will do anything to boot President Trump out of office.” We got a global economic shutdown in March of 2020 because of an overreaction to a virus that started in China. Now, we are seeing massive money printing to bail out everything and everyone. How does Dr. Roberts, who holds a PhD in economics, see this? Dr. Roberts says, “The problem is there is already more debt than can be serviced. That’s why they are trying to bail it out by issuing more debt. It’s like kicking the can down the road until it blows up. When does it blow up? It didn’t blow up with a $4.5 trillion Federal Reserve balance sheet. Will it blow up at $10 trillion or does it have to be $15 trillion, or does the Fed’s balance sheet have to be the size of the US GDP before it blows up? I can’t say that I know, but I do know bailing out debt by creating more debt is not a solution.”

What is the solution? Dr. Roberts says, “We need a debt jubilee. Debt jubilees were widely used in the ancient world. The way economies tend to work is through time, debts expand. People get more and more indebted, and before long, they don’t have any discretionary income, and they can’t buy any increase in output and they can’t service their debts. Either the system goes into collapse, or you write the debts down and you start over. So, that’s what I think. I think . . . we need a debt jubilee, and debts need to be written down. The debts do not need to be written down all the way, but they need to be written down to a level that they can be serviced. . . . They are not fixing the problem by creating more debt to bail out existing debt. That doesn’t fix the problem.