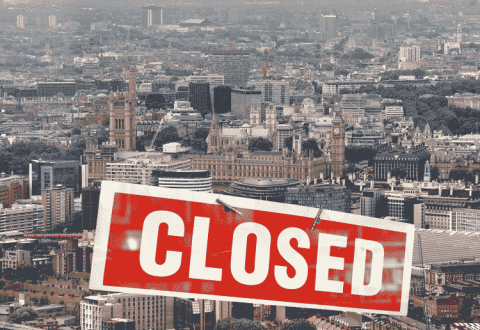 The relationship between ends and means has long been debated. For instance, the legacy of “the end justifies the means” traces back to Sophocles’s Electra four centuries before Christ, Ovid’s Heroides, and Machiavelli’s The Prince. And more recently, Leonard Read pointed out that if the ends are just hopes that will not, in fact, be achieved, they cannot justify means that infringe on others’ rights.

Currently, the draconian and often arbitrary policies that have been imposed in response to COVID-19, combined with a result far less deadly than was originally forecast, have raised a different issue about ends and means.

More and more people have begun protesting that the policies are too costly, perhaps most commonly expressed as “the cure can’t be worse than the disease.” That, in turn, has led to current policy defenders’ condemnations, such as New York governor Andrew Cuomo’s assertion that “we’re not going to put a dollar figure on human life,” the New York Times’s characterization of the issue as “a moral trade-off between saving lives and sustaining economic livability,” or even Martin Gak’s more extreme characterization that objectors believe “a few should die so the many can live.” I even heard a sermon arguing that even one COVID-19 death justifies the continued government shutdown of the economy.