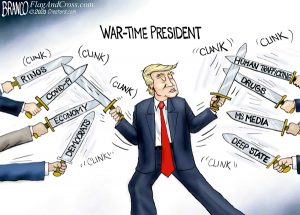 I’ve long said we would be seeing deflation (bankruptcy) and inflation (stimulus) before it was all over. It’s not going to be one or the other but both financial phenomenon at the same time. That is exactly what is happening now. Majority Leader of the Senate Mitch McConnell is saying indebted states should go bankrupt, and the President just signed yet another half trillion dollar stimulus package created from money out of thin air. That’s debt destruction and massive money creation. What could go wrong? It’s far from over, and we are just getting started.