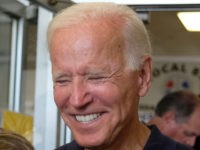 A clip from a 1993 episode of CNN’s Larry King Live featuring the mother of Biden accuser Tara Reade has seemingly been removed from the Google Play catalog.

The clip is an important piece of information in Reade’s allegation that Biden sexually assaulted her in the same year, as it supports her claim that she told her mother about the incident. In the clip, Reade’s mother appears to be discussing an incident involving her senator and her daughter, without naming either.