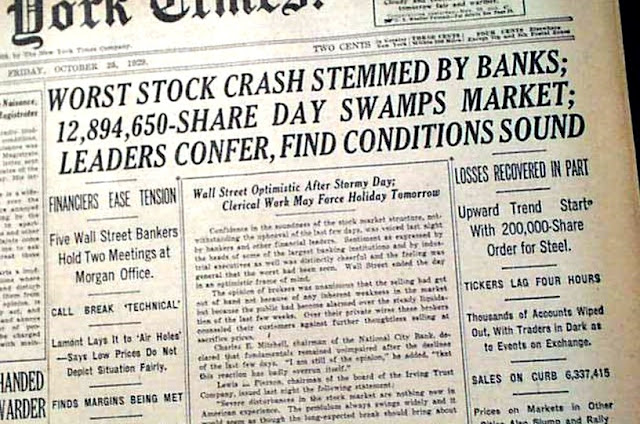 […] For those of you who are not fans of financial history, the market later crashed badly on October 29.

A few years later saw the bankers’ hero Dick Whitney in prison, after it was discovered that he had been stealing from the NYSE Widows and Orphans Fund.

The story today was bailouts for corporate America. Zimbabwe Ben went all in on ‘cash for trash.’

Companies that blew billions on stock buybacks and bonuses are now lining up saying that they need cash to keep on going.

And it looks like they are going to get it, and then some.