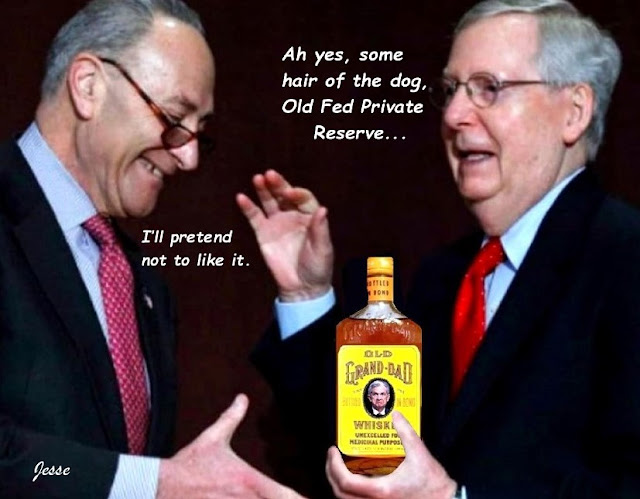 […] The stimulus bill was held up today, in part because a section was written badly, and then as various GOP Senators were using this delay to object to the amount of money being given to the unemployed. As you know, they are very concerned that giving money to unemployed people might make them lazy.

Bernie Sanders weighed in, and said if these Senators do not drop this constant objecting about unemployment, that he would personally put a hold on the bill until stricter standards are placed on the massive corporate bailouts. Ouch.

Oh well, such are the times.

The stock markets tried to make it two days in a row with another up day, Alas, it was not to be, although the spokesmodels were pleasuring themselves throughout the morning with talk of a second day of ‘the biggest stock market rally since 1933.’