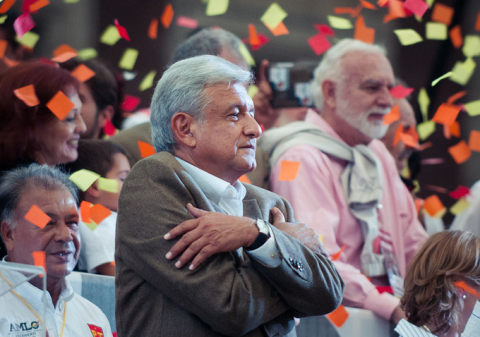 “The government is corrupt, because the wrong people are in charge. Once López Obrador wins the presidency, everything will be different. The state will give us great education and healthcare services, for free! The rich will pay their taxes and poor people will get the welfare programs they need to escape poverty.”

That’s what one of my friends told me, with an almost religious level of devotion, and she wasn’t the only one. A couple of years ago left-winger Andrés Manuel López Obrador managed to imprint this utopia in the minds of his followers. He was so successful that he won the 2018 presidential elections by a landslide, collecting 53 percent of the vote (the largest margin since 1982), and propelled his political alliance to a comfortable majority in both chambers of the Congress of the Union and most of the state legislatures. This was remarkable considering that most of the candidates of his party were perfect nobodies who won specifically because of Obrador’s endorsement.