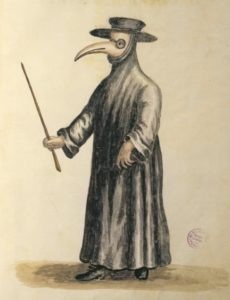 And it was in the midst of shouts rolling against the terrace wall in massive waves that waxed in volume and duration, while cataracts of colored fire fell thicker through the darkness, that Dr. Rieux resolved to compile this chronicle, so that he should not be one of those who hold their peace but should bear witness in favor of those plague-stricken people; so that some memorial of the injustice ad outrage done them might endure; and to state quite simply what we learn in times of pestilence: that there are more things to admire in men than to despise. – Albert Camus, The Plague

It’s likely the past few weeks have been some of the most surreal you’ve ever experienced; I know it’s been the case for me. The largest cities in the U.S. are essentially on lockdown, the stock market is in free fall and grocery stores are being stripped bare. It feels like a very dark moment, but in such darkness I see the light of a new beginning. A new beginning that starts with each and every one of us.