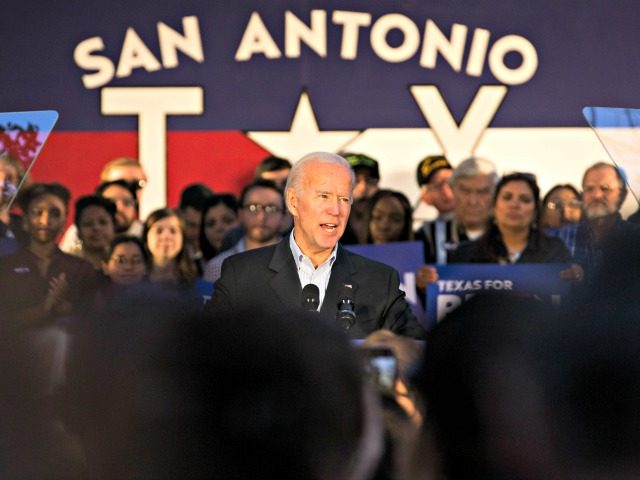 The Associated Press and other networks called the race, which had been neck-and-neck throughout the evening. With 90% of precincts reporting, Biden had one-third of the vote at 33.3%, followed by Sen. Bernie Sanders (I-VT) at 29.3%.

Billionaire Mike Bloomberg was barely across the 15% threshold needed for delegates, at 15.3%.

Biden took the Lone Star State while Sanders picked up California, the biggest prize on Super Tuesday with 415 delegates (to 228 in Texas).