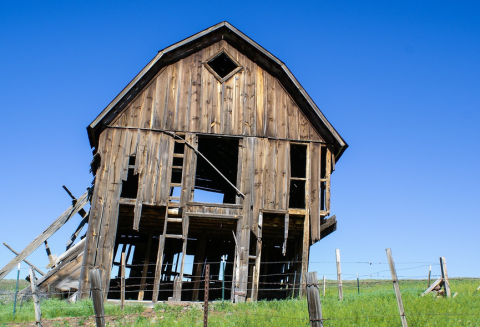 An old red barn in London, Ontario was recently given heritage protection by City Council. Two days later, after dark, the barn was demolished.

McLeod had fought the heritage designation for the Byron barn, calling the push for it at city hall “complete stupidity.”

City Hall responded to the demolition by issuing a stop work order requiring the owner to “immediately cease the removal” of the barn “or any material part thereof.”

Councillor Anna Hopkins said she was in total shock, while Councillor Stephen Turner said, “I’m appalled that the barn was so brazenly demolished a mere 48 hours after the property was heritage-designated by council.”