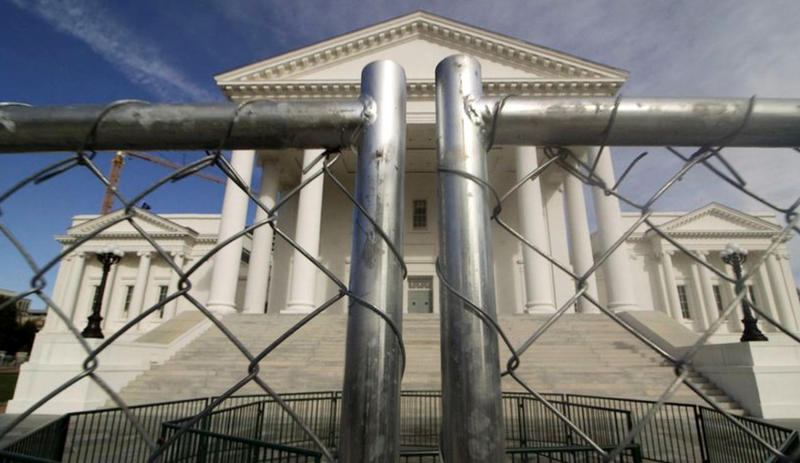 As various pro-gun rights groups prepare to gather at Virginia’s state capitol in Richmond on Monday in what’s expected to be one of the largest pro-gun rallies in recent memory, Democratic Gov. Ralph Northam has declared a state of emergency, police are busy setting up barricades and temporary holding pens – and one lawmaker has even arranged to spend most of the day in a safe house, according to the Washington Examiner.

The rally is expected to draw tens of thousands, and fears about Charlottesville-style violence are prompting police to scour the web for any signs of a violent plot.

Already, the FBI has arrested three alleged members of a violent white supremacist group who were planning on attending the rally.