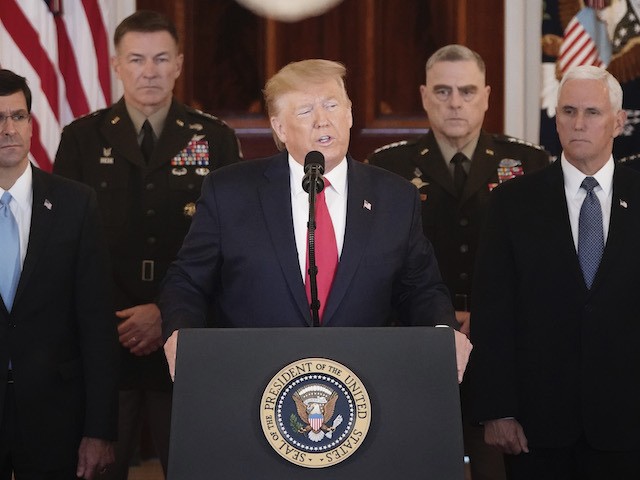 President Donald Trump described Iran’s attack on Iraqi bases hosting U.S. troops Tuesday night, in which there were 15 missiles fired but no American casualties, as a decision by Iran to stand down.

The unusual description of a military operation both explained the Iranian regime’s apparent decision not to strike American targets directly, and the Trump administration’s decision not to retaliate again.