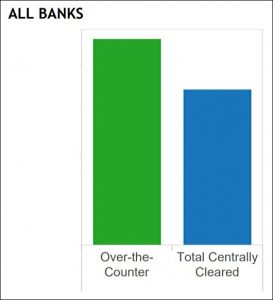 After the epic financial crash on Wall Street in 2008 – the worst since the 1929 crash and ensuing Great Depression – two key reforms were put in place in the Dodd-Frank Wall Street Reform and Consumer Protection Act of 2010 to prevent another catastrophic meltdown on Wall Street.

The first key reform was that derivatives were to be moved out of the federally-insured, taxpayer backstopped commercial banks, that had been bought up by Wall Street trading houses, into units that could be wound down in a bankruptcy proceeding. It was called the “Push Out” rule. That reform was also meant to prevent the New York Fed from ever again secretly pumping upwards of $29 trillion into Wall Street trading houses and their derivative counterparties in order to bail out a corrupt casino banking system. (And yet here we are again today watching the New York Fed pump hundreds of billions of dollars each week into trading houses on Wall Street without offering any credible explanation to the American people as to why Wall Street is getting another bailout – and while mainstream media pretends this is as normal as apple pie by refusing to cover what’s happening.)