Plus: More from an impromptu Trump talk at Davos, how Kamala Harris handled California cop corruption, and more… 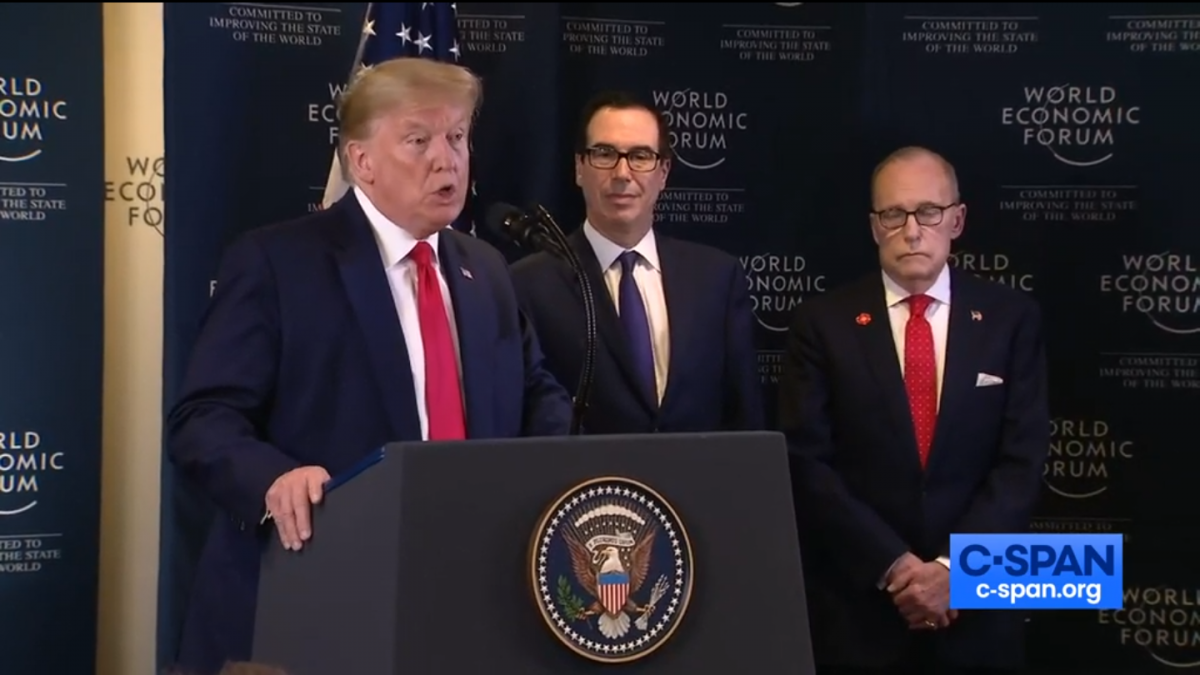 At an impromptu news conference from the World Economic Forum in Davos, Switzerland, on Wednesday, President Donald Trump threatened trade war with the European Union, fumed about teen activist Greta Thunberg, and offered a questionable analysis of impeachment proceedings. Trump also said he knew about injuries suffered by U.S. troops in Iran’s January 8 airstrike, but announced that no Americans were harmed because he didn’t think their injuries were serious.

The 11 injured service members showed signs of concussions and were, as of last week, being treated for potential traumatic brain injuries.

Trump told reporters this morning that at the time of his initial statements, he “heard they had headaches and a couple of other things.” Asked whether he considered potential brain trauma serious, Trump said he did not hear about this part until several days ago but still did not consider these to be “serious injuries relative to other injuries I’ve seen.”