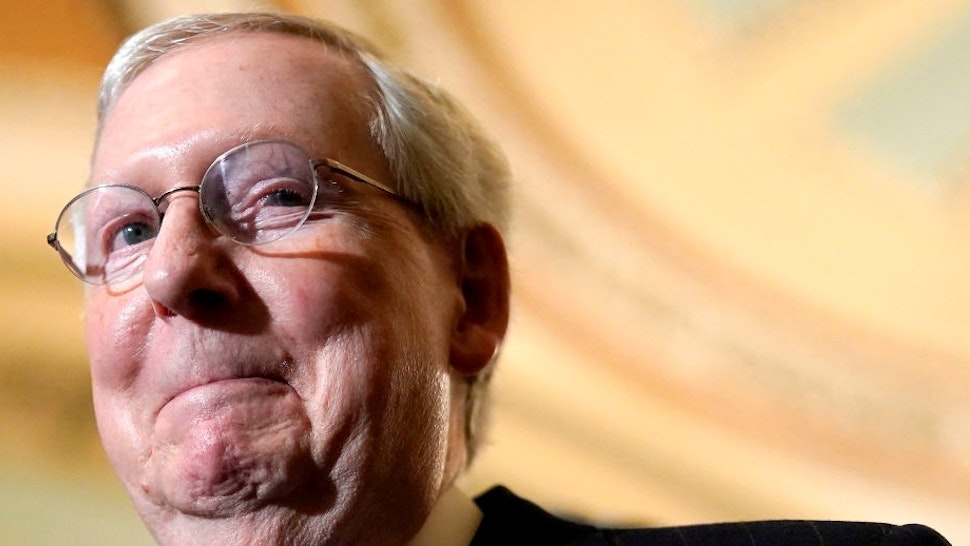 Senate Majority Leader Mitch McConnell is “increasingly confident” that the GOP will have enough votes to block the Democrats from bringing witnesses to the floor in President Donald Trump’s impeachment trial “by Friday,” despite efforts on the part of moderate Republican Senators, including Sen. Mitt Romney (R-UT) to whip votes in support of calling former national security advior John Bolton to the witness stand.

The Wall Street Journal reported Tuesday night that McConnell is desperately whipping his caucus, looking for the votes needed to block efforts at forcing witness testimony, adding that McConnell’s vote count “wasn’t where it needed to be.” A White House source told the Journal, though, that McConnell and administration allies in Senate Republican leadership were “still in the game.”