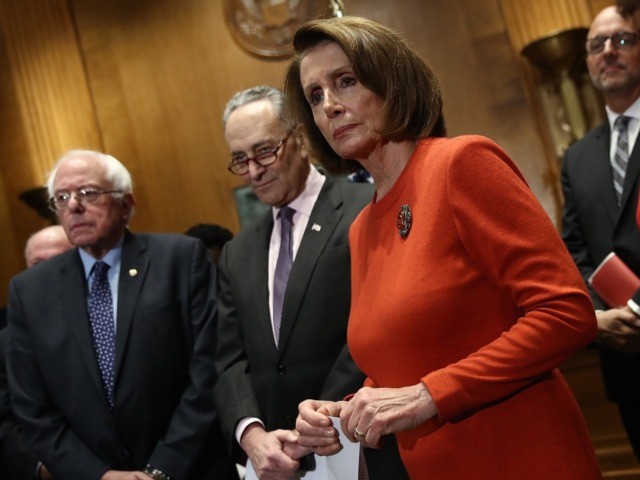 Speaker of the House Nancy Pelosi (D-CA) wrote a letter to her Democrat colleagues in the House on Sunday to reveal a new “War Powers Resolution” that amounts to a pre-emptive surrender to Iran in ongoing hostilities.

Pelosi’s letter begins with the declaration that President Donald Trump’s airstrike last week targeting Iranian General Qasem Suleimani, leader of the terrorist Iranian Revolutionary Guard Corps (IGRC) Quds Force, responsible for the murders of hundreds of Americans and for recent attacks on the U.S. embassy in Baghdad, was “provocative and disproportionate,” terms suggesting the attack was illegal under international law and could constitute a war crime.