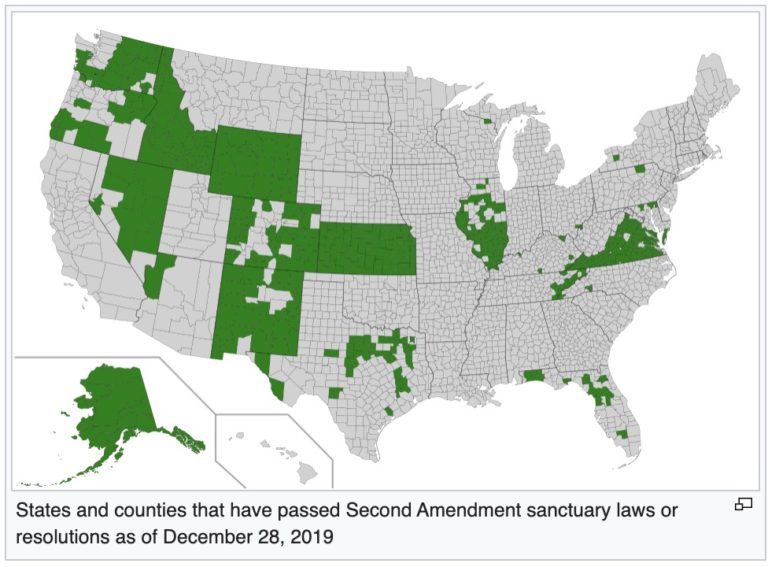 Many of you probably have heard of the second amendment sanctuary movement, which consists of municipalities and counties across the U.S. passing resolutions pledging not to enforce additional gun control measures infringing upon the right to bear arms. The current movement traces its origins back to Effingham County in southern Illinois, which passed a resolution in April 2018 calling the county a second amendment “sanctuary”, essentially a vow to ignore gun control legislation proposed by Illinois state lawmakers. This particular tactic gained traction not just within Illinois, where 67 of 102 counties have now passed similar resolutions, but throughout the country.