Additional grand juries will investigate possible misconduct by other narcotics officers, including the way the raid was conducted. 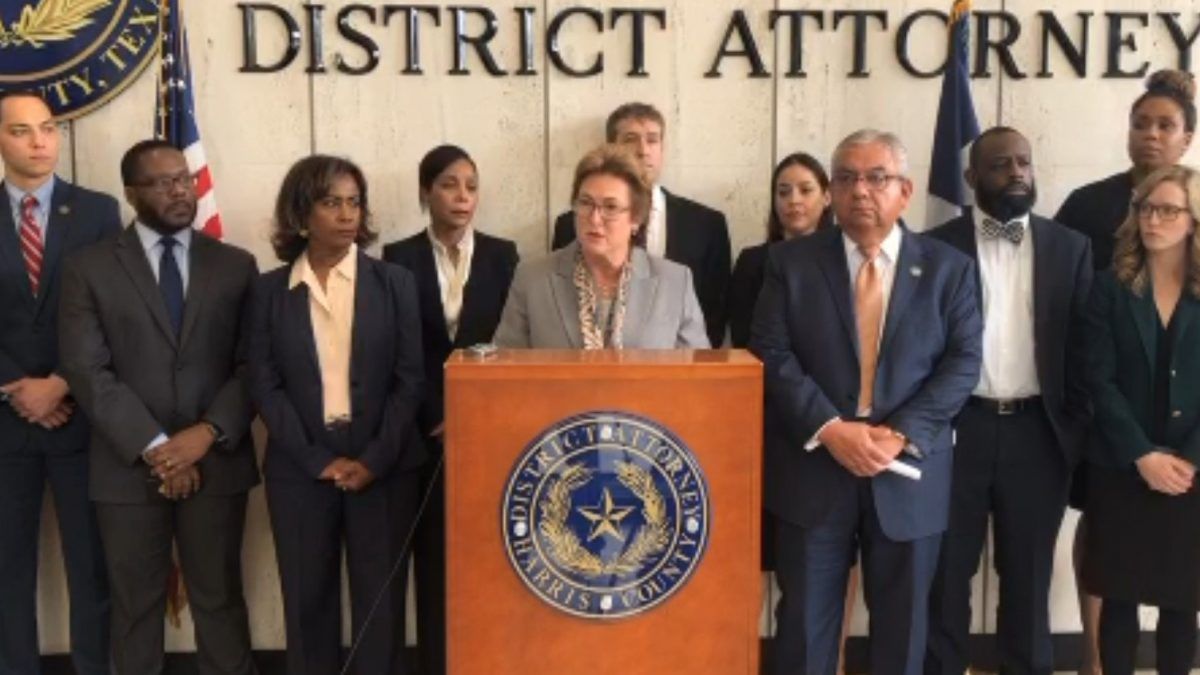 “Because officers lied, people died,” Harris County, Texas, District Attorney Kim Ogg said today at a press conference where she announced a grand jury indictment of two former Houston narcotics officers who were involved in a January 2019 drug raid that killed a middle-aged couple in their home. The indictment confirms the state charges filed last August against Gerald Goines, who is accused of lying to obtain the warrant for the raid, and Steven Bryant, who is accused of subsequently backing up Goines’ false portrayal of Dennis Tuttle and Rhogena Nicholas as dangerous heroin dealers.

Both men are accused of tampering with a government document, a felony punishable by up to two years in prison. Because Goines’ misrepresentations caused two deaths, he is also charged with two counts of felony murder, which could result in a life sentence.