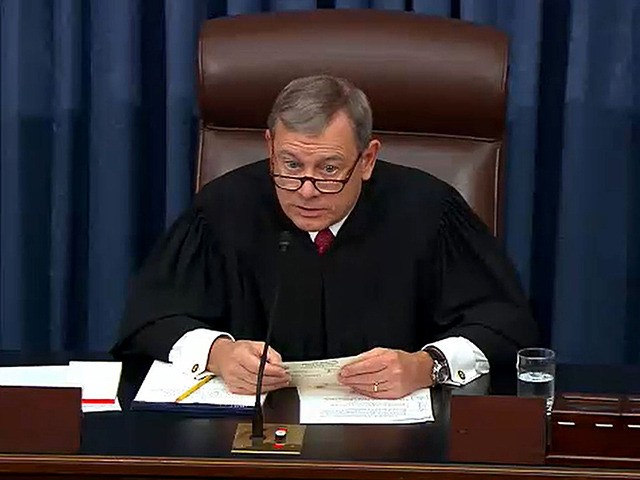 Supreme Court Justice John Roberts on Wednesday blocked an attempt by Sen. Rand Paul (R-KY) to pose questions regarding the so-called “whistleblower” — the individual who sparked the House Democrats’ partisan impeachment inquiry of President Donald Trump — according to reports.

Politico and The Hill state Roberts indicated he would oppose reading Paul’s questions, as it is believed he would be forced to name or provide identifying information on the alleged individual.

Speaking to reporters following a Republican dinner, Paul signaled he may still fight to have his question read.

“It’s still an ongoing process; it may happen tomorrow,” he told reporters.