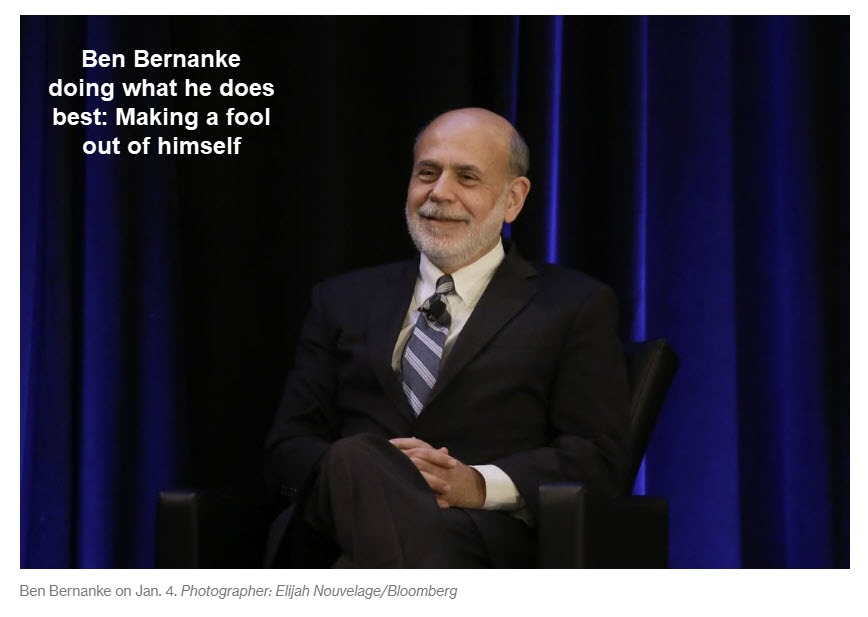 Former Fed Chair Ben Bernanke is back in action doing what he does best, making a fool out of himself.

In a paper presented at a conference in San Diego on Saturday, Mr. Bernanke said asset purchases and public communication—tools that he largely pioneered during the financial crisis—would be effective in jolting the economy in a downturn.

Under the current economic conditions, those methods, known as “quantitative easing” and “forward guidance,” represent the equivalent of up to 3 percentage points of cuts in Fed interest rates, he said.