Tessa Majors may have been on way to buy illegal pot when she was stabbed to death. But if that’s true, it’s an argument against prohibition, not for it. 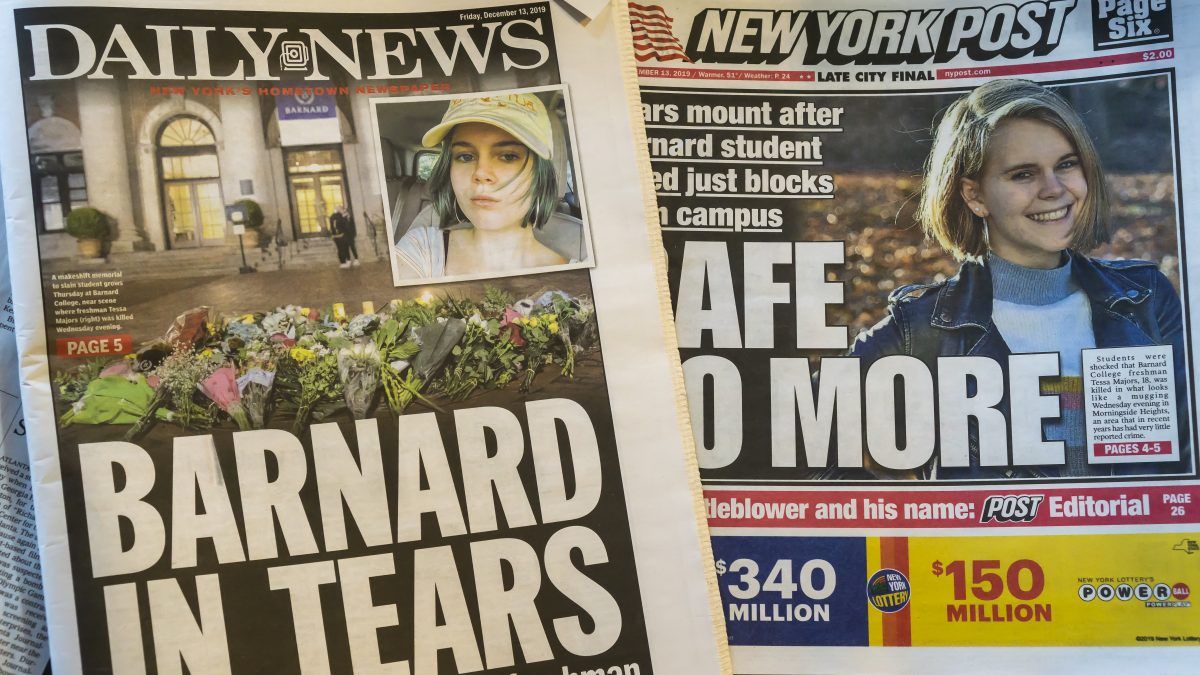 Last week, an 18-year-old freshman student at Barnard College named Tessa Majors was stabbed to death in a Manhattan park. The New York Police Department (NYPD) believes the killer is a 13-year-old middle school student they have yet to locate. The police have talked to two other middle schoolers who were present at the crime.

Now the head of the Sergeants Benevolent Association, Ed Mullins, is attributing the death to New York’s lax enforcement of marijuana prohibition. He told a radio program:

What I am understanding is that [Majors] was in the park to buy marijuana….We don’t enforce marijuana laws anymore. We’re basically hands-off on the enforcement of marijuana. I understand the mayor made statements that this is surprising on how this can happen in New York City….I really have to question what world he’s living in to think that this is surprising, when we are watching the city slowly erode, with shootings, stabbings, an increase in homicides and, most importantly, a hands-off policing policy.

In such statements, you hear the dying echoes of what might be called the “Reefer Madness mindset,” in which devil weed is the source of all forms of evil and criminality, even when it remains illegal.