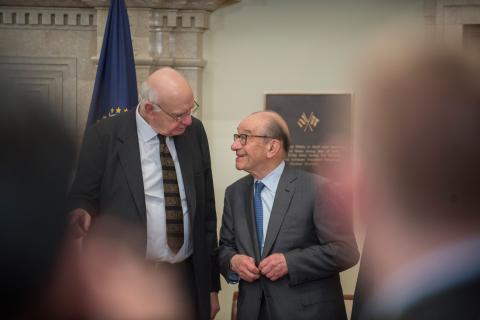 The flood of obituaries that noted the passing of Paul Volcker (1927-2019) last week have almost all lauded his achievement as Fed chair (1979-1987) in reining in the double-digit inflation that ravaged the U.S. economy during the 1970s.

Volcker was referred to as the “former Fed chairman who fought inflation” (here); “inflation tamer” and “a full-fledged inflation warrior” (here); and the “Fed chairman who waged war on inflation” and led “the Federal Reserve’s brute-force campaign to subdue inflation” (here). Mr. Volcker certainly deserves credit for curbing the Great Inflation of the 1970s. However, he also merits a lion’s share of the blame for unleashing the Great Inflation on the U.S. and the world economy in the first place. For it was Mr. Volcker who masterminded the program that President Nixon announced on August 15, 1971, which unilaterally suspended gold convertibility of U.S. dollars held by foreign governments and central banks, imposed a fascist wage-price freeze on the U.S. economy, and slapped a 10 percent surcharge on foreign imports.1