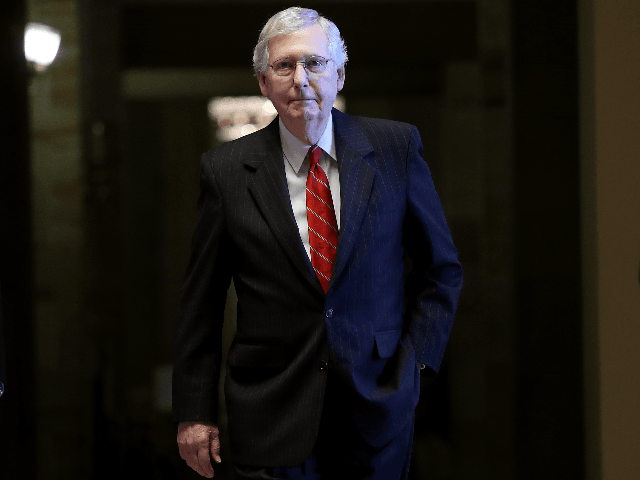 Senate Majority Leader Mitch McConnell (R-KY) hinted in a speech on the Senate floor Tuesday morning that the Senate will move to dismiss the pending articles of impeachment against President Donald Trump after opening arguments in the expected trial.

McConnell was reacting to a proposal by Senate Minority Leader Chuck Schumer (D-NY) on Monday that the Senate call four additional, in-person witnesses that were not called, or not available, during the House inquiry, led by House Intelligence Committee Chairman Adam Schiff (D-CA).

But McConnell dismissed that suggestion out of hand, arguing that Schumer was trying to make “Chairman Schiff’s sloppy work more persuasive.”

McConnell accused Schumer of going straight to the news media with his proposals rather than speaking to him in person, as Senate leaders had done in the past.