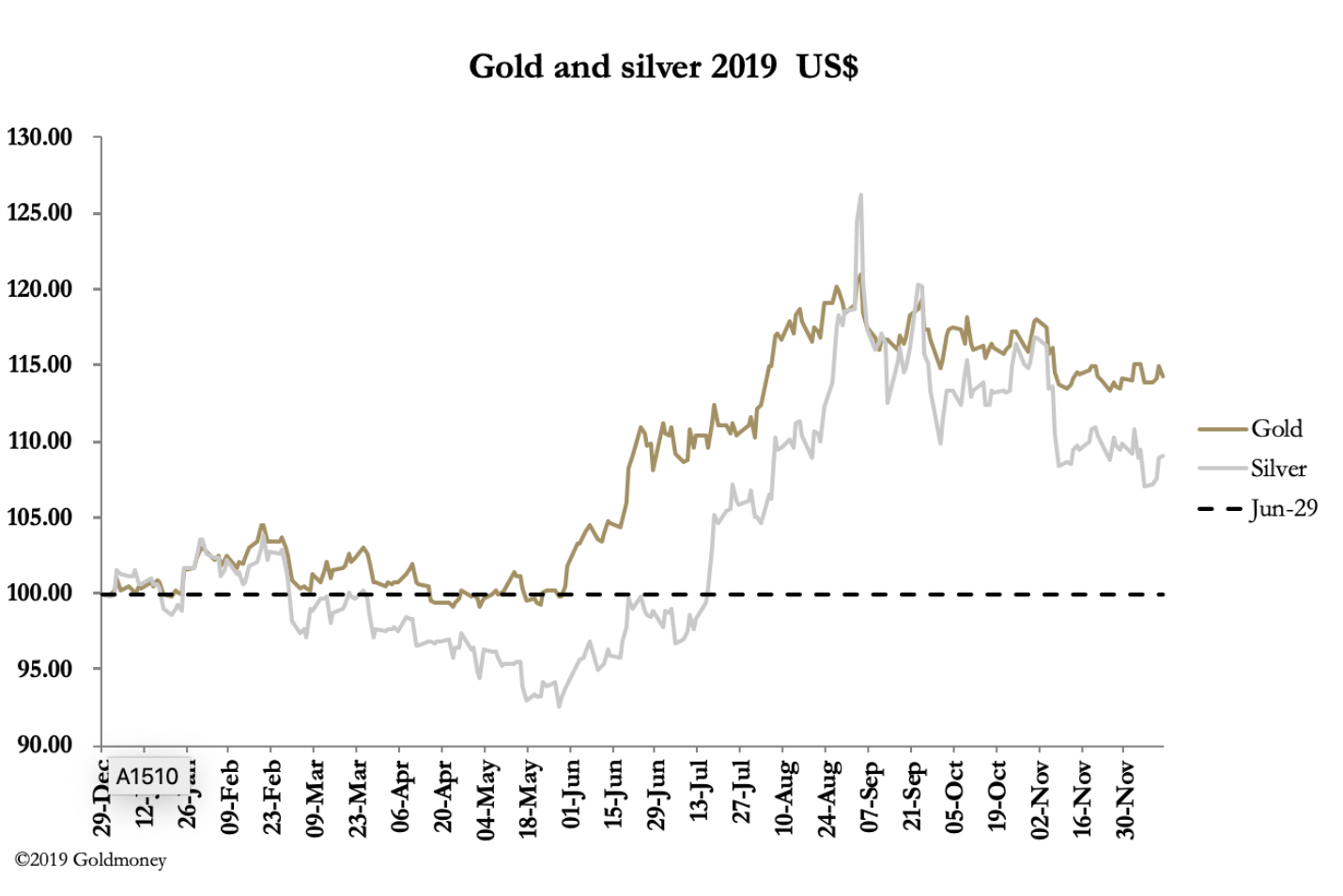 Gold and silver made net gains over this week, with gold rising $12 from last Friday’s close to trade at $1472 in early European trade this morning. Over the same timescale silver rose 43 cents to trade at $16.97. Volume was subdued, except for yesterday when the Fed announced its interest rate decision (no change). But the Fed also announced that both short-term and repos over the year-end could increase by as much as $365bn. This spiked gold yesterday to $1486.

But then out of the blue President Trump reportedly signed off on a reported Phase 1 trade deal with China. The dollar rallied, and gold rapidly fell back to $1465 before recovering slightly.