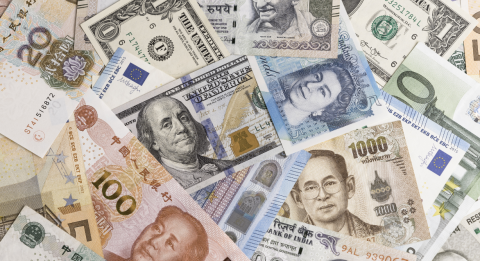 In the early 1920s, Ludwig von Mises became a witness to hyperinflation in Austria and Germany — monetary developments that caused irreparable and (in the German case) cataclysmic damage to civilization.

Mises’s policy advice was instrumental in helping to stop hyperinflation in Austria in 1922. In his Memoirs, however, he expressed the view that his instruction — halting the printing press — was heeded too late:

Austria’s currency did not collapse — as did Germany’s in 1923. The crack up boom did not occur. Nevertheless, the country had to bear the destructive consequences of continuing inflation for many years. Its banking, credit, and insurance systems had suffered wounds that could no longer heal, and no halt could be put to the consumption of capital.1

As Mises noted, hyperinflation in Germany was not stopped before the complete destruction of the reichsmark. To illustrate the monetary catastrophe, one may take a look at the exchange rate of the reichsmark against the US dollar.