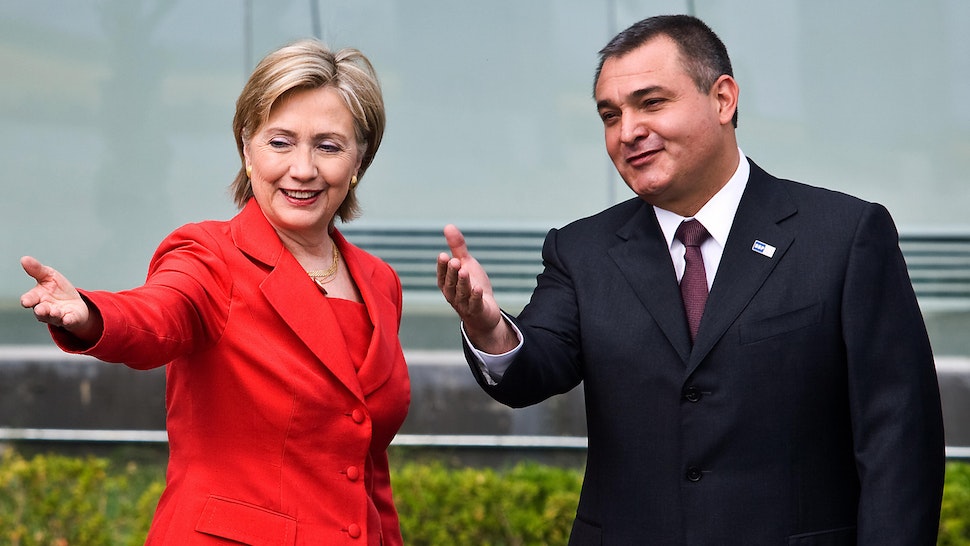 Federal prosecutors revealed on Tuesday that authorities have charged Genaro Garcia Luna, the former Secretary of Public Security in Mexico from 2006 to 2012, for his involvement in an alleged drug trafficking conspiracy with Mexico’s largest and most powerful drug cartel and for making false statements.

“According to the indictment and other court filings by the government, from 2001 to 2012, while occupying high-ranking law enforcement positions in the Mexican government, Garcia Luna received millions of dollars in bribes from the Sinaloa Cartel in exchange for providing protection for its drug trafficking activities,” the Department of Justice said in a statement. “From 2001 to 2005, Garcia Luna led Mexico’s Federal Investigation Agency, and from 2006 to 2012, he served as Mexico’s Secretary of Public Security, controlling Mexico’s Federal Police Force.”