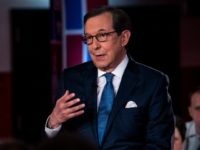 Speaking during an event honoring the First Amendment at the Newseum in Washington D.C., Fox News anchor Chris Wallace accused President Donald Trump of assaulting freedom of the press.

Wallace said, “I believe that President Trump is engaged in the most direct, sustained assault on freedom of the press in our history.”

He continued, “He has done everything he can to uncut the media to try and delegitimize us. I think his purpose is clear to raise doubts when we report critically about him and his administration that we can be trusted.”