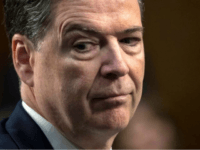 On this week’s broadcast of “Fox News Sunday,” former FBI Director James Comey said that the Justice Department Inspector General Michael Horowitz’s report on the launch of the FBI’s Russia probe’s use of the Foreign Intelligence Surveillance Act (FISA) was unacceptable.

Comey said, “He’s right. I was wrong. I was overconfident as director in our procedures of the FBI and Justice have built over 20 years years. I thought they were robust enough. It’s incredibly hard to get a FISA. I was overconfident in those because he’s right, there was real sloppiness — 17 things that should have been in the application or at least discussed and characterized differently. It was not acceptable, so he’s right. I was wrong.”