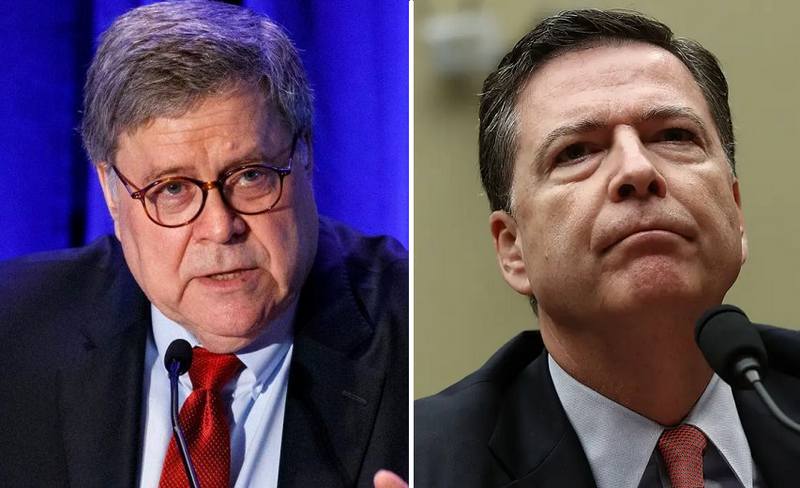 James Comey’s claim that the FBI’s Trump-Russia investigation was run “seven layers” below him is a total lie according to Attorney General William Barr, who said that the FBI’s probe was actually handled by a “very small group of very high level officials.”

To review, Comey told “Fox News Sunday” that as the director of the FBI, he was “seven layers” above the investigation, and that he left things to the career professionals when ’17 serious errors’ occurred which were later uncovered by the Inspector General.

“The idea that this was seven layers below him is simply not true,” Barr told Fox‘s Martha MacCallum in a Wednesday interview, adding “I think that one of the problems with what happened was precisely that they pulled the investigation up to the executive floors, and it was run and birddogged by a very small group of very high level officials.”