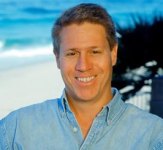 Ronald Reagan Presidential Foundation and Institute’s Executive Director John Heubusch joins us to discuss media bias against Trump especially in light of the pending investigation/attacks from the Media. Reagan won the American people over because he was open and direct. Heubusch implores Trump stick to Reagan’s blueprint if he hopes to succeed in the way his predecessor did. In a recent piece for the Daily Caller, John Heubusch argues: “To be like Reagan, Trump should be unwavering in his promotion of American principles…Reagan consistently demonstrated strength, but wrapped it in optimism, humility and humor. He knew the American people would respond when he reminded them of this country’s great past, and its promising future.” Also, check outJohn’s new thriller The Shroud Conspiracy.