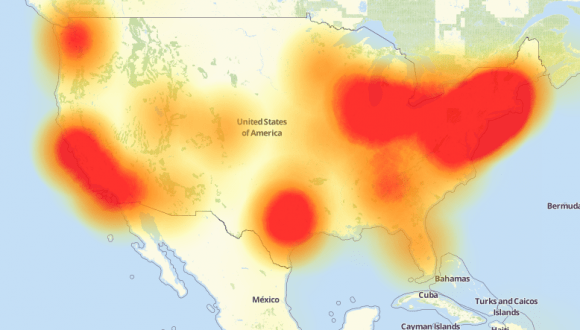 Get ready – it seems that this will be an October Surprise to remember.

The Internet is under attack through the United States and UK… and there is every reason to think that more is coming.

Reports confirmed that a distributed denial of service attack (DDoS) was carried out against the company Dyn, and disrupted much of the East Coast, and later the West Coast and other parts of the U.S. as well, taking down hundreds of major websites – including Paypal, Twitter, Spotify, Netflix, Amazon, Tumblr and Reddit and more.

It took hours for many of them to come back online.